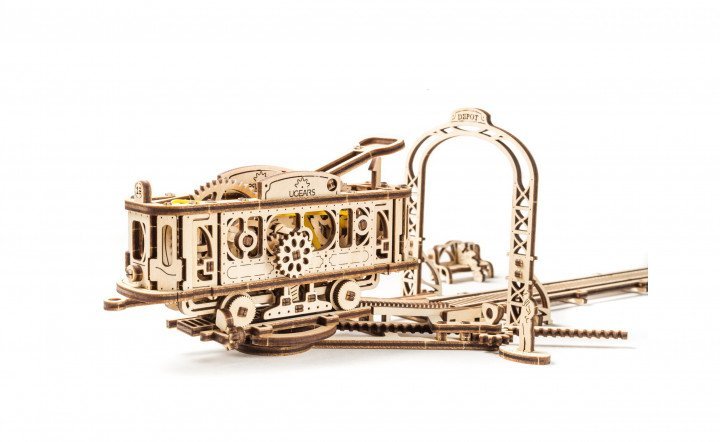 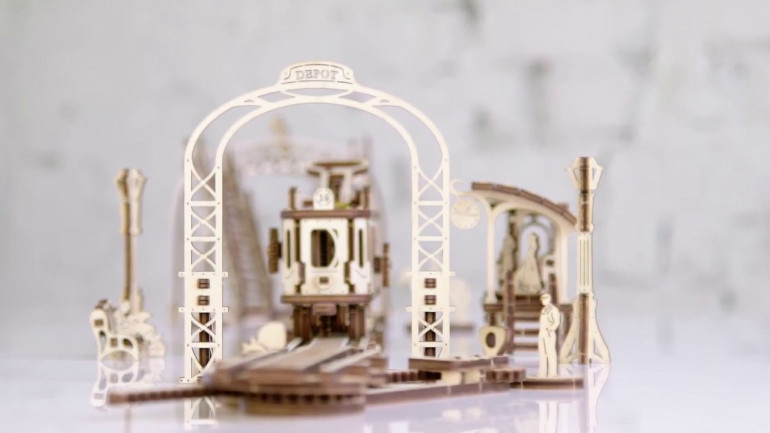 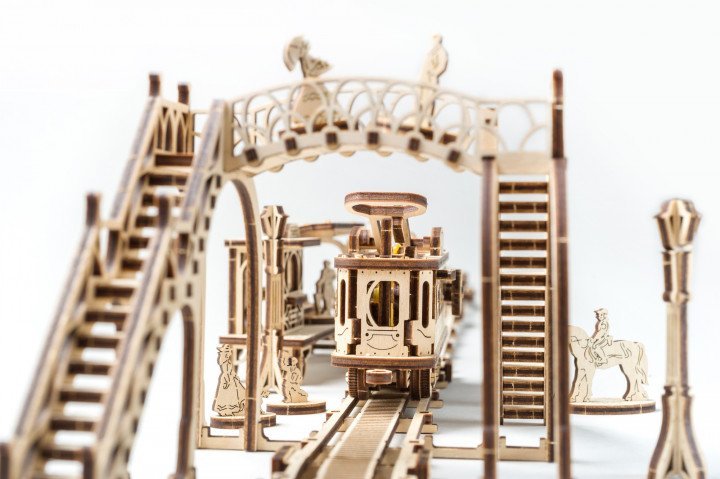 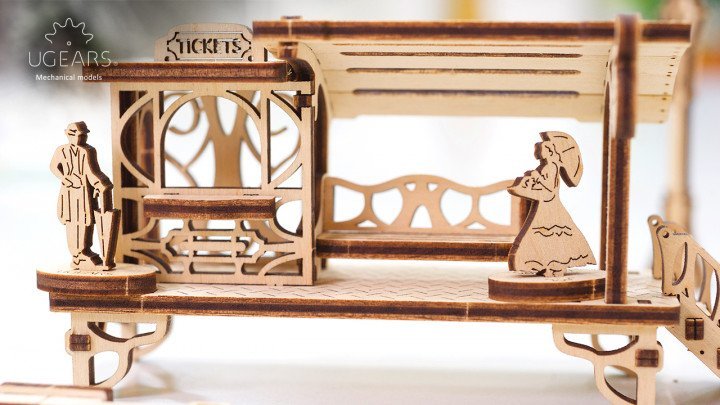 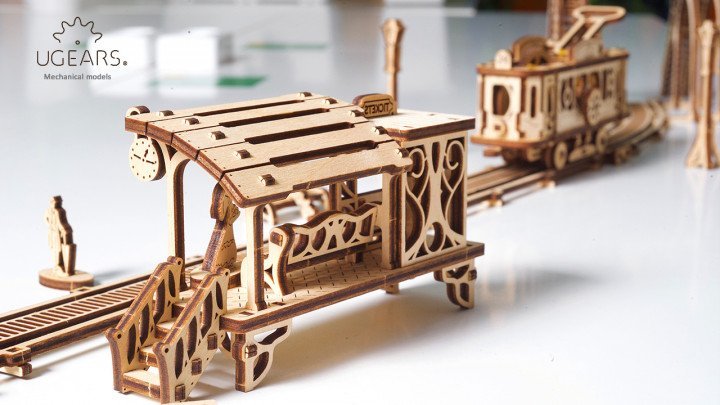 Tram Line  model consists of 14 smaller models, which come in a convenient scale for building and playing with. The new model has gaming component. It’s great for hobby & collection.

Each smaller model has a unique design and interesting engineering.  UGEARS’ Tram Line model doesn’t need glue or special tools or even toothpicks to connect parts, which makes putting it together even more exciting.

Tram Car is equipped with an overhead pantograph for stepping it up to “drive” mode  and a knob for opening  and closing doors. Wind-up of the tram car and watch it move on the
rails, entering into the Depot. After turning on 180 degree on the turntable, it moves on its own to the end of the line.
There are no batteries inside: just gears, wheels, cranks, and rubber band engine!

Tram Stop complete with a clock, a bench, a little stairs  and a Ticket Kiosk. The stairs are removable and can be placed in any part of platform

Footbridge – the pedestrian crossing - is made in the form of arches and set across the tracks. It can also be located at a crossroads, and cars can pass through arches.Other smaller models include Straight track, Radius Tracks with Junction, Street Lamps, and seven small characters.

Specifications
Number of parts
284
Time of assembly
6 h
Model Size
900х180х120 mm
Package Size
375х140х30 mm
Video Manual
Download PDF manualFAQContact us for advice
Reviews
No reviews have been added yet. Be the first to do this.
Related Products
Best Choice 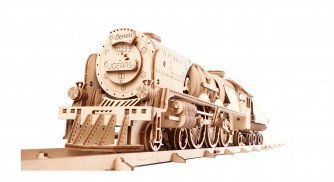 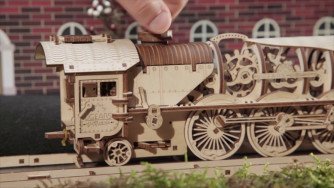 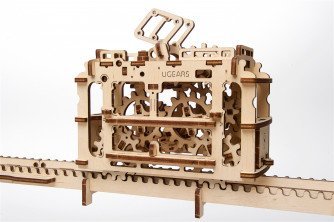 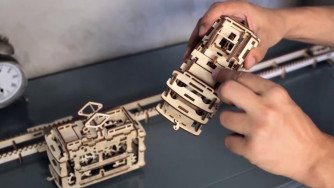 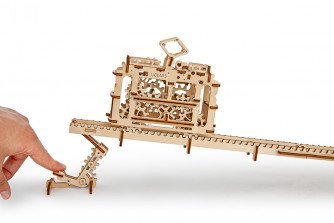