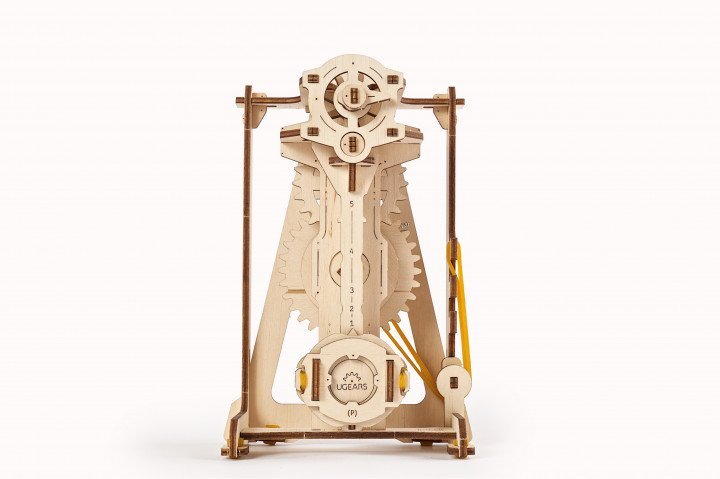 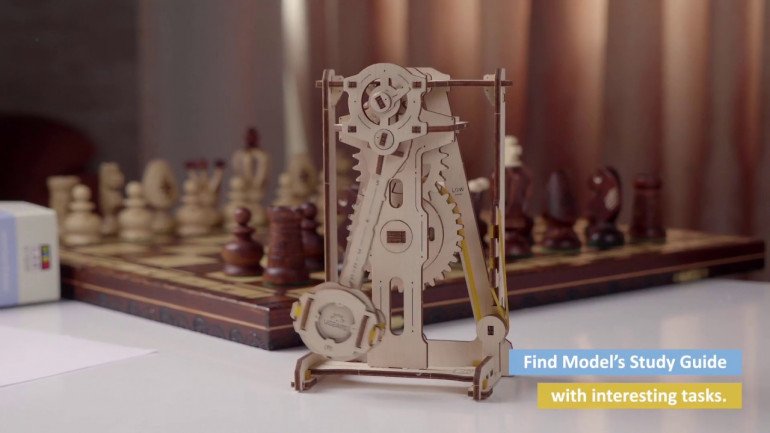 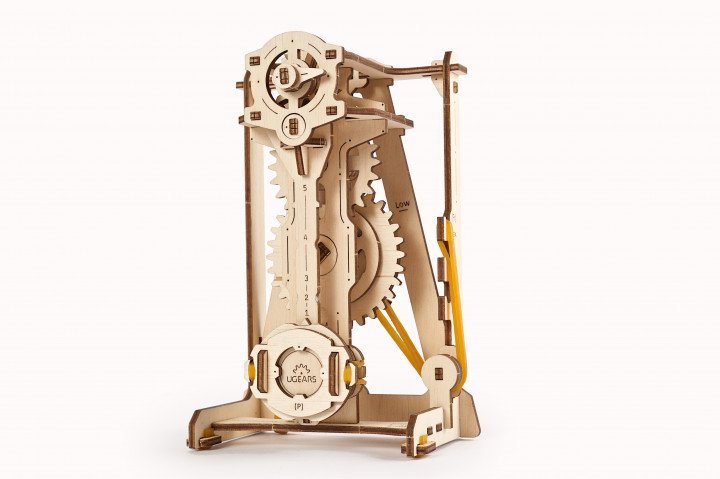 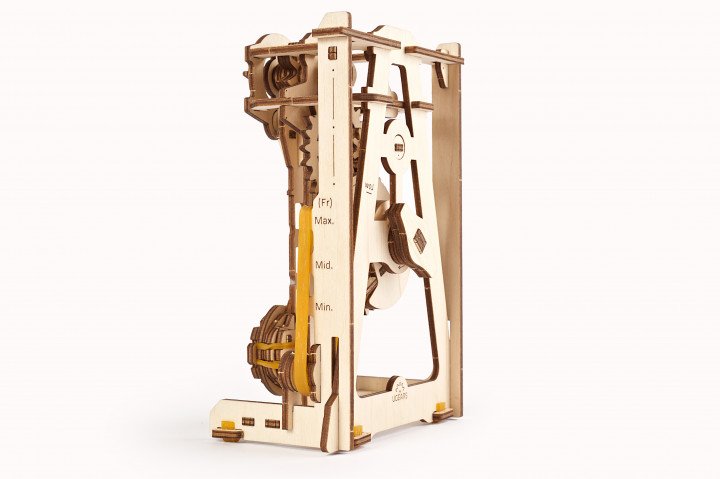 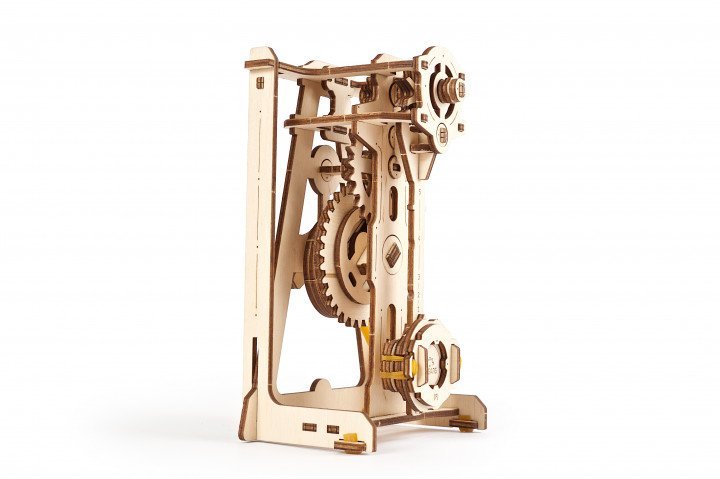 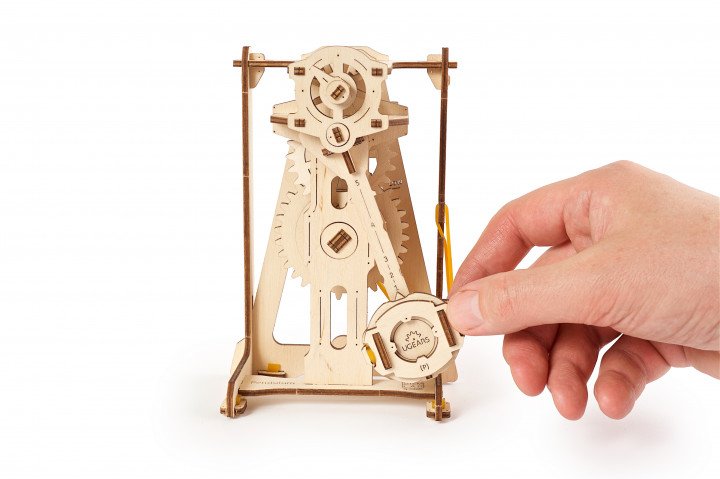 Learn how the PENDULUM works:

The Pendulum is a stylised educational model, an interactive study guide to the mechanism, only for learning its essentials and principles of working. The pendulum is one of the basic and most reliable time measuring mechanisms. Its working principle is based on the model's constant amplitude oscillation under the force of gravity (weight) and potential energy (tension force) of the rubber band. The rubber band powers the mechanism of the model and compensates for the pendulum's oscillations' kinetic energy loss. The device is animated by means of gear unit with a windup wheel.

The model has an anchor escapement controlling the frequency of oscillations, a weight, a scape-wheel, gearing, rubber band, ratchet and pawl reducing operation error. The model has several means to control the frequency of oscillations: the weight of the pendulum bob, the vertical position of the weight on the pendulum, and the tension of the rubber band.

When and who invented it:

The first study of the pendulum was implemented by Galileo Galilei, an Italian engineer in the end of the 16th century. He described the property of the pendulum to preserve the consistency of the oscillations. The first person to use a pendulum in a mechanical clock and ensure a steady rate was a Dutch physicist Christiaan Huygens back in the 17th century.

Pendulums are mainly used in mechanical clocks as an element of a launch mechanism and the way to provide a steady rate. In the musical sphere, metronomes that have pendulums as their chief constructional element, help musicians practice playing to a regular tempo. Pendulums are also used in geological surveying, seismography, sports, and laboratory research in mechanics and physics.

Specifications
Number of parts
92
Time of assembly
2 h
Model Size
11.5*8.3*16.7 cm
Package Size
20.5*18.8*6.3 cm
Video Manual
Download PDF manualFAQContact us for advice
Reviews
No reviews have been added yet. Be the first to do this.
Related Products 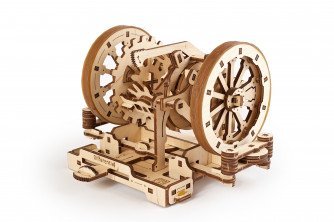 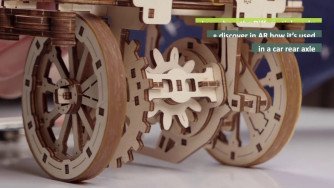 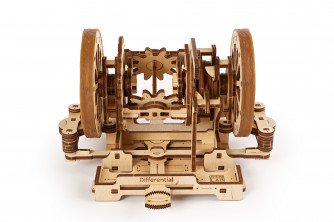 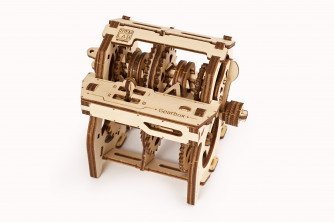 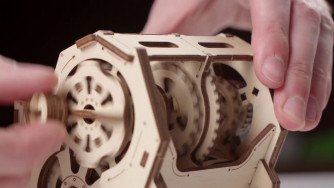 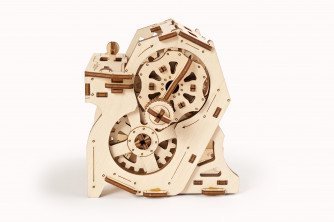 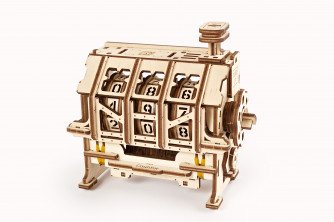 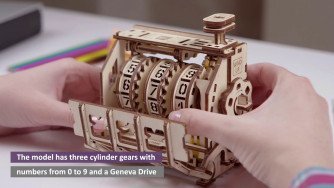 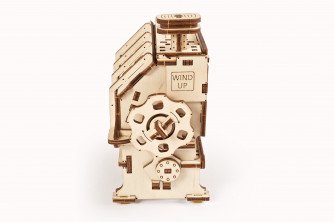