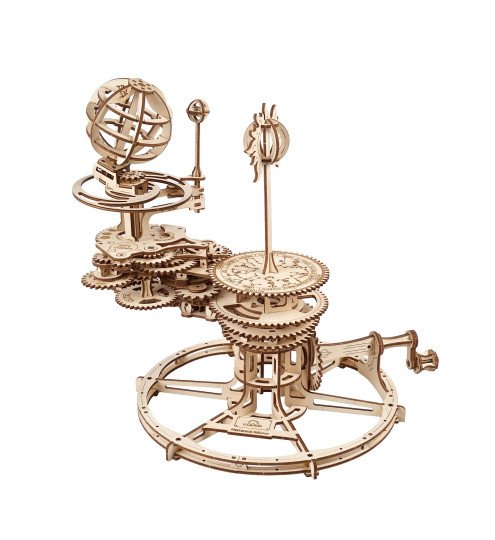 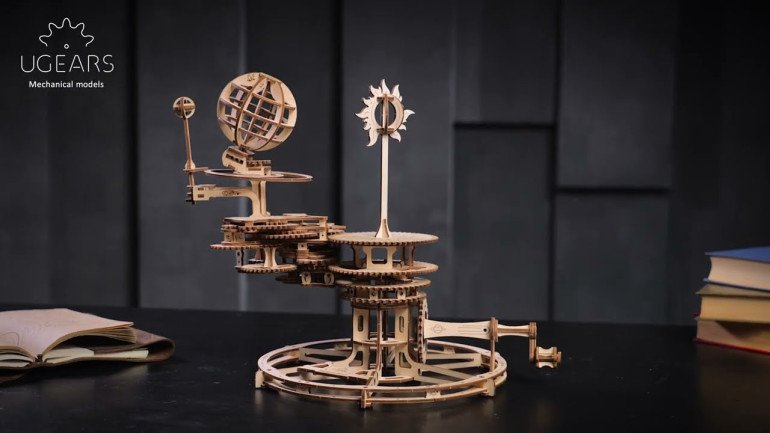 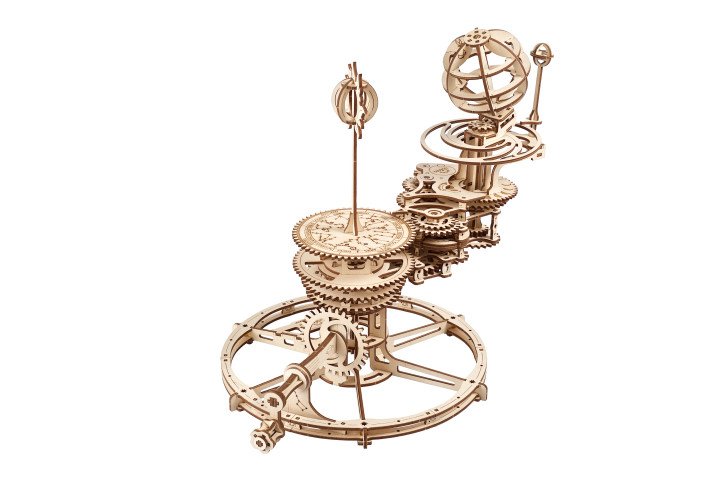 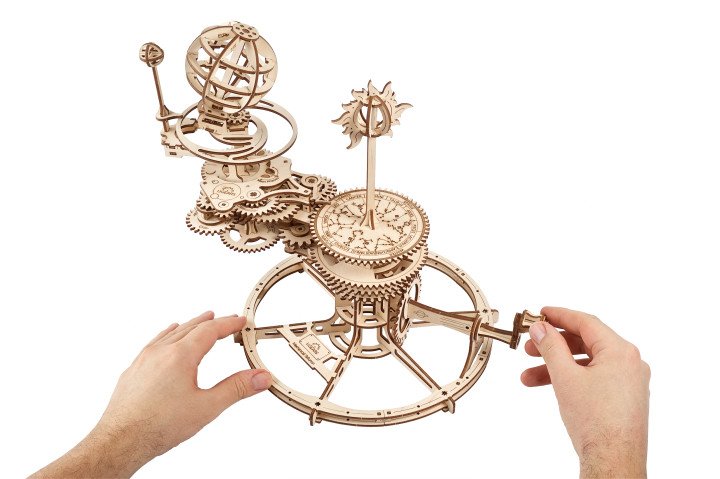 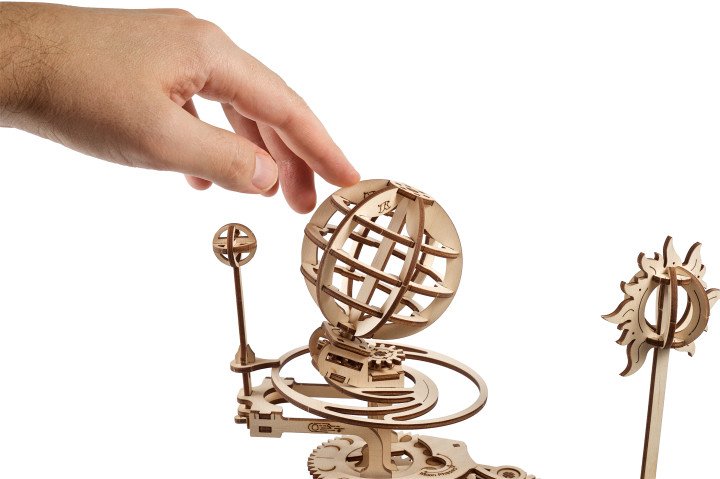 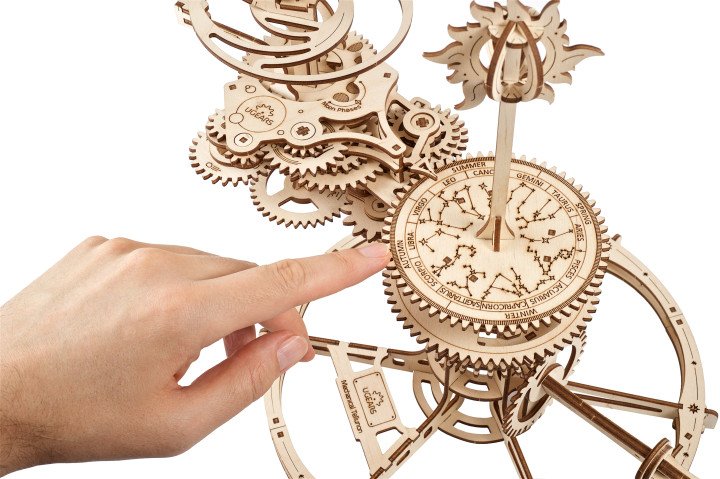 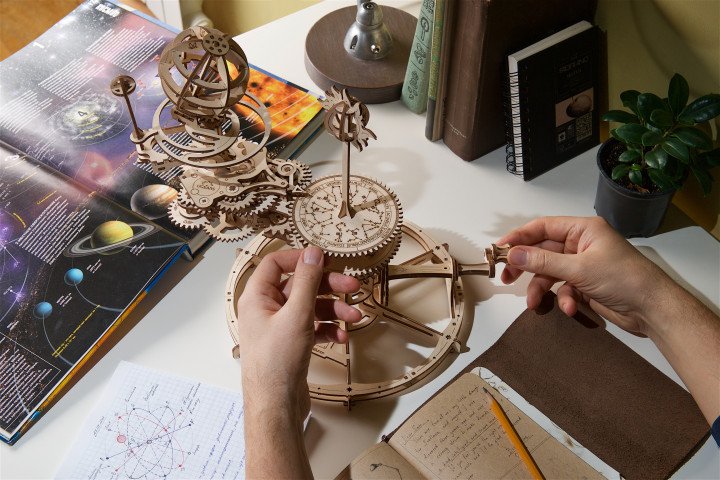 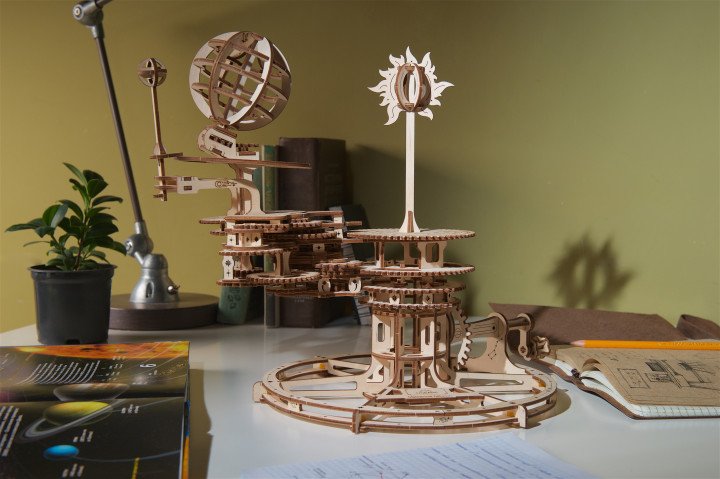 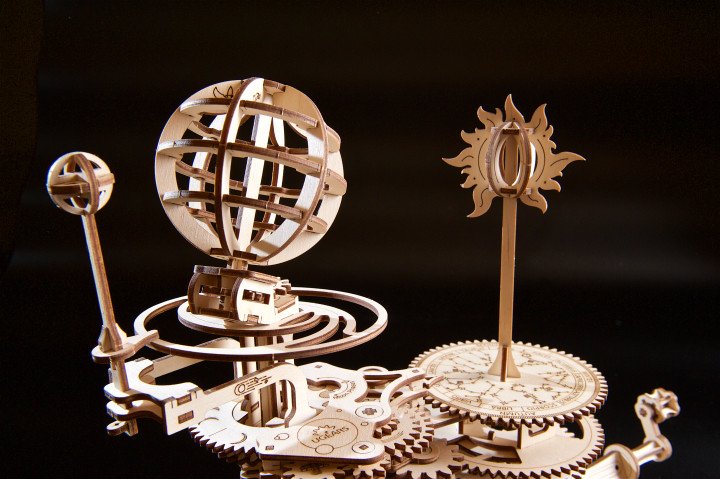 The idea of a space-themed model has been "floating in the ether" at Ugears for some time now. Every time we announce a new model, hopeful Ugears fans will ask, "Is it an orrery?" From this shared desire a project was born. Our mission: to spread knowledge of space and time by helping people visualize the movements of the planet we live on, and its closest satellite, the moon.

Ugears is proud to present the Mechanical Tellurion, an accurate wooden model representation of our corner of the universe. A tellurion (also spelled tellurian, tellurium, and sometimes called a loxocosm), is an ingenious mechanism that depicts the cosmic dance between Sun, Earth and Moon. The causes of day and night, the phases of the moon, and the changing seasons are seen and understood according to the movements of this 3D puzzle. A tellurion (from the Latin tellus, meaning "earth") is related to the orrery, which illustrates the relative positions and motions of the planets and moons in the solar system in a heliocentric model.

Build the beguiling DIY wooden model Tellurion, enjoy showing it to your family and friends, and you will all have a better understanding of the heavens, the seasons, and the concept of time itself. Turn the handle to set the closely calibrated system of gears in motion. One turn of the handle = one rotation of the earth on its axis = one day. Point to a spot on Earth's surface, observe the spinning earth's position relative to the sun, and visualize sunrise and sunset, the passage of day into night. The Tellurion shows the phases of the moon are a function of the moon's position relative to the sun and earth. When rotating, the moon rises and falls slightly, thereby changing its trajectory. The Tellurion charts the passage of the seasons, while also giving a handsome graphic representation of the zodiac, showing the sign and constellation under which you were born.

This 3D representation of the earth's movements and its interplay with nearby celestial bodies will appeal to anyone interested in space, astronomy, skywatching, or to those wanting to understand, or teach a child, the basic natural phenomena that rule our lives: day/night, the seasons, the lunar cycle, and the construct of time. The Tellurion is a great DIY project or gift idea for any hobbyist or budding astronomer.